Today we start with Exodus. This book lies at the heart of Judaism, and you need to know Exodus to really understand the ministry of Jesus. Other people are going to be this devotion over time. 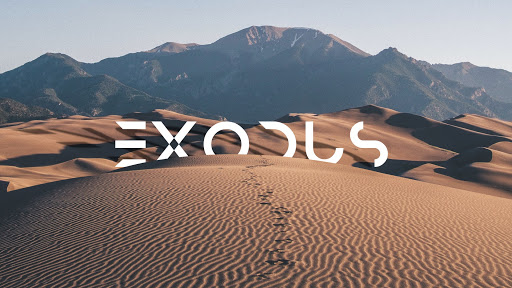 6Then Joseph died, and all his brothers, and that whole generation. 7But the Israelites were fruitful and prolific; they multiplied and grew exceedingly strong, so that the land was filled with them.

8Now a new king arose over Egypt, who did not know Joseph. 9He said to his people, “Look, the Israelite people are more numerous and more powerful than we. 10Come, let us deal shrewdly with them, or they will increase and, in the event of war, join our enemies and fight against us and escape from the land.” 11Therefore they set taskmasters over them to oppress them with forced labor. They built supply cities, Pithom and Rameses, for Pharaoh. 12But the more they were oppressed, the more they multiplied and spread, so that the Egyptians came to dread the Israelites. 13The Egyptians became ruthless in imposing tasks on the Israelites, 14and made their lives bitter with hard service in mortar and brick and in every kind of field labor. They were ruthless in all the tasks that they imposed on them.

15The king of Egypt said to the Hebrew midwives, one of whom was named Shiphrah and the other Puah, 16“When you act as midwives to the Hebrew women, and see them on the birthstool, if it is a boy, kill him; but if it is a girl, she shall live.” 17But the midwives feared God; they did not do as the king of Egypt commanded them, but they let the boys live. 18So the king of Egypt summoned the midwives and said to them, “Why have you done this, and allowed the boys to live?” 19The midwives said to Pharaoh, “Because the Hebrew women are not like the Egyptian women; for they are vigorous and give birth before the midwife comes to them.” 20So God dealt well with the midwives; and the people multiplied and became very strong. 21And because the midwives feared God, he gave them families. 22Then Pharaoh commanded all his people, “Every boy that is born to the Hebrews you shall throw into the Nile, but you shall let every girl live.”

The book of Exodus takes up where Genesis left off. The children of Jacob have settled in Egypt. Year later, they have multiplied to the point where the Pharaoh was concerned about all these non-Egyptians who threaten the status quo. “Can’t have all these foreigners in our state. We need to deal with this!” says Pharaoh. And he comes up with a solution. Enslave them! But that did not work, so he comes up with an even more radical solution—kill all the males born to Hebrew women.
Pharaoh has a limited set of tools in his box—oppression and death. Get the people under your boot, and if they won’t go, kill them.
Of course this does not work. In the movie series, The Hunger Games, one of the president’s advisers tells him to come down hard on the people. Floggings and death will bring the people to heel, he says. It turns out that he is actually working with the resistance, and his advice is meant, not to control the people, but to incite them to revolution. His plan works, and the president is overthrown.
Pharaoh’s plan did not work so well either. His hard heart led to the death of thousands of his people.
In various places, the Bible tells us that a heavy-handed approach does not work. After the death of Solomon, his son Rehoboam questions his advisers about how best to rule. The older advisers suggest he lay up, and give the people a break. In order to build the temple, Solomon had to levy heavy taxes, and he conscripted many men to work on his pet project. The people were tired. But the younger advisers tell him, “These people have said to you, ‘Your father put a heavy yoke on us, but make our yoke lighter.’ Now tell them, ‘My little finger is thicker than my father’s waist. My father laid on you a heavy yoke; I will make it even heavier. My father scourged you with whips; I will scourge you with scorpions.’” Unfortunately Rehoboam took their advice. The result? The kingdom, which was a delicate confederacy of twelve tribes, split. Only two stayed with Rehoboam. The rest formed a new kingdom, with Jeroboam at the helm.
How do we handle problems that come our way? In a heavy handed manner, making sure others are subject to our whims, or with a lighter touch, working together with others, with the aim, not of consolidating power, but of assuring the well being of others?
Pharaoh thought he was a powerful man. But then he ran into a man who had much more power than he did—Moses. Moses was the man of God, used to liberate the Hebrew people from slavery, and to bring them to the promised land.
I hear some pastors talk, and it sounds like they are siding with Pharaoh. Their object is to win—win others to Christ, win glory for their ministry, win and be on top of the pile. That is not what God calls us to. Jesus came to serve, not be served, and when we forget that is when we start to go off the rails.

If you ever feel that God is distant, this is the Psalm for you. Our conditions may not be as dire as those of the psalmist, but we can still use these when we feel life has given us the fuzzy end of the lollipop. This is the kind of Psalm that may have been written for the Hebrew people who were in slavery in Egypt. In spite of their oppression, they trusted God.

1   Hear my prayer, O LORD;
let my cry come to you.
2   Do not hide your face from me
in the day of my distress.
Incline your ear to me;
answer me speedily in the day when I call.
3   For my days pass away like smoke,
and my bones burn like a furnace.
4   My heart is stricken and withered like grass;
I am too wasted to eat my bread.
5   Because of my loud groaning
my bones cling to my skin.
6   I am like an owl of the wilderness,
like a little owl of the waste places.
7   I lie awake;
I am like a lonely bird on the housetop.
8   All day long my enemies taunt me;
those who deride me use my name for a curse.
9   For I eat ashes like bread,
and mingle tears with my drink,
10  because of your indignation and anger;
for you have lifted me up and thrown me aside.
11  My days are like an evening shadow;
I wither away like grass.
12  But you, O LORD, are enthroned forever;
your name endures to all generations.
13  You will rise up and have compassion on Zion,
for it is time to favor it;
the appointed time has come.
14  For your servants hold its stones dear,
and have pity on its dust.
15  The nations will fear the name of the LORD,
and all the kings of the earth your glory.
16  For the LORD will build up Zion;
he will appear in his glory.
17  He will regard the prayer of the destitute,
and will not despise their prayer.
18  Let this be recorded for a generation to come,
so that a people yet unborn may praise the LORD:
19  that he looked down from his holy height,
from heaven the LORD looked at the earth,
20  to hear the groans of the prisoners,
to set free those who were doomed to die;
21  so that the name of the LORD may be declared in Zion,
and his praise in Jerusalem,
22  when peoples gather together,
and kingdoms, to worship the LORD.
23  He has broken my strength in midcourse;
he has shortened my days.
24  “O my God,” I say, “do not take me away
at the mid-point of my life,
you whose years endure
throughout all generations.”
25  Long ago you laid the foundation of the earth,
and the heavens are the work of your hands.
26  They will perish, but you endure;
they will all wear out like a garment.
You change them like clothing, and they pass away;
27       but you are the same, and your years have no end.
28  The children of your servants shall live secure;
their offspring shall be established in your presence.