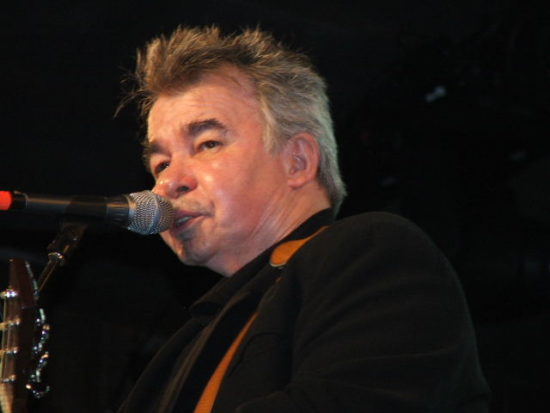 Every disaster deserves a song. Since I am not a song-writer, I decided to put together a playlist for COVID-19. Most of the songs were chosen for the titles, but many have something to say to our current situation. Most can be found on Spotify. These are all from my personal music library.

We start with Prine for sentimental reasons—he died after exposure to the Corona Virus. There were several that almost made the playlist, but this one seemed to have the best advice. Blow up your TV!

Don’t Let Us Get Sick: Warren Zevon from Life’ll Kill Ya

This song has been covered by the likes of Jackson Browne and Julie Sobule but none come close to Zevon’s own. The simple guitar work backs a voice that has known more than its share of troubles. I happen to be sheltering in place with someone I really like, so the last verse sums up my own self-quarantine nicely.

Don’t let us get sick\

Don’t let us get old

Don’t let us get stupid, all right?

Just make us be brave

And make us play nice

And let us be together tonight

Stay Home: sElf from Shrek Soundtrack

There are basically two types of people who are sheltering in place; those who really want to stay away from other people, and those who are climbing the walls. This is for the people who are glad to be distanced from any possible carriers of the new plague.

Like most songs on this playlist, it’s really about something else. But the title sums up how a lot of people feel before they leave their house. Plus, it’s just a fun song.

At Home: Tord Gustavsen Trio from Being There

I used to host a Jazz show on KUAC, the public radio station in Fairbanks, Alaska. One night I got a call asking me to play something from Tord Gustavsen, who I had not heard of. It was one of the best calls I ever got while hosting. If you have to be home, you might as well has some really nice music to accompany you.

We’ve been hunkered down for a couple weeks now, and we all have the same question. This song has a kind of creepy carnival feel to it, which matches my mood about ten minutes of every hour I am stuck in place.

Everyone wants to know

How’s it going to end?

If anyone gets two shots at providing a soundtrack to our self-quarantine, Waits is the most likely candidate. I almost didn’t include it, but these lyrics sealed the deal for me.

The national band has packed it in, and is no longer playing, but that does not mean we have to stop dancing.

Before The Deluge: Jackson Browne from Late For The Sky

I have been entertaining myself during the time of Corona by reading Laurie Garrett’s The Coming Plague, about the various outbreaks, epidemics and pandemics since the 1940s. It’s true that Jackson Browne is writing about a deluge of water, but maybe it will be the viruses that do us in. But in the end, this is a song about hope.

Let the music keep our spirits high
Let the buildings keep our children dry
Let creation reveal its secrets by and by, by and by
When the light that’s lost within us reaches the sky

I don’t know about you, but other than my wife, music is what is getting me through all this.

Gonna Get By James Gang from Newborn

This is the James Gang after Joe Walsh. The title says it all.

Up On The Roof : James Taylor  from Flag

We all need our own version of the roof. I have to admit that the Drifters do a better version, but I heard Taylor’s version at a time in my life where I felt I needed to live on the roof, so his makes the cut for this list. Music is my “roof.”

I know this is about a man in jail, but what is self-quarantine but a voluntary prison? Dylan’s wistful expresses the misery of imprisonment.

Back Home War from War

This makes the list because of the title and the music. This may be one of the saddest songs on this list.

I hope this song makes you feel better. Early Santana, when they were merging funk, Latin and hard rock. If the guitar solo doesn’t make you feel better, you need to see your doctor.

Hopeless Bleak Despair They Might Be Giants  from Mink Car

This song has two possibilities to make you feel better. First, while things are bad, at least you don’t feel hopeless, bleak, despair. But second, in case you do, the message is that one day, it leaves!

If the title of this song does not describe how a lot of us feel, nothing does. “Oh boy, I get to go to the store for more toilet paper!” Of course we can cruise with our sweeties and keep our social distance from others, but if you do, check your seat belt first!

Pacing The Cage: Bruce Cockburn from The Charity of Night

Should I Stay or Should I Go : The Clash  from Combat Rock

And rock out to this song.

The World’s Not Falling Apart : Dar Williams From  The Beauty Of The Rain

This is really a pep talk for people who think the world depends on them to survive. The world can be a pretty cruddy place at time, and its not always our fault.

The closest thing to God that I have heard,

is when I knew I did not have the final word.

You say the world has lost its love;

I say embrace what it’s made of.

We just cannot control what goes on in the world. Which leads us to the next song…

No Control : David Bowie  1. Outside – The Nathan Adler Diaries: A Hyper Cycle

Control is useful fiction, but sometimes an itty bitty virus reminds us how much control we really have—which is not much. Don’t tell God your plans.

The first time I heard the famous Take Five, I thought, “What a great sax player!” I personally think Desmond is incredibly underrated. This is one of his best solo efforts. What are we today if not alone together. I hum this to myself when I get ready to do live stream worship services. We are alone, but we are also together.

Shelter From The Storm Bob Dylan from Hard Rain

It’s really weird that a song about needing shelter has something to say about how hard it is to shelter in place.

I chose the version from Hard Rain instead of the softer one from Blood on the Tracks.

Well, I’m livin’ in a foreign country but I’m bound to cross the line
Beauty walks a razor’s edge, someday I’ll make it mine
If I could only turn back the clock to when God and her were born
Come in, she said
I’ll give ya shelter from the storm

My own home feels like a foreign country, and in our case, shelter actually means being able to be free from sheltering in place.

That’s the Way That the World Goes Round: John Prine from John Prine Live

May all your enchiladas be happy!