The Beams of New Oxford Hall 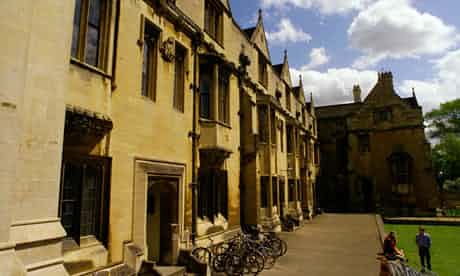 I love a good story, and this is one of my favorites. I first read it in Stewart Brand’s The Next Whole Earth Catalog. It was told to him by the anthropologist Gregory Bateson.

New College, Oxford, is of rather late foundation, hence the name. It was founded around the late 14th century. It has, like other colleges, a great dining hall with big oak beams across the top. These might be two feet square and forty-five feet long.

A century ago, so I am told, some busy entomologist went up into the roof of the dining hall with a penknife and poked at the beams and found that they were full of beetles. This was reported to the College Council, who met in some dismay, because they had no idea where they would get beams of that calibre nowadays.

One of the Junior Fellows stuck his neck out and suggested that there might be some oak on College lands. These colleges are endowed with pieces of land scattered across the country. So they called in the College Forester, who of course had not been near the college itself for some years, and asked about oaks. And he pulled his forelock and said, “Well sirs, we was wonderin’ when you’d be askin’.”

Upon further inquiry it was discovered that when the College was founded, a grove of oaks has been planted to replace the beams in the dining hall when they became beetly, because oak beams always become beetly in the end. This plan had been passed down from one Forester to the next for five hundred years. “You don’t cut them oaks. Them’s for the College Hall.”

Now that is how to run a culture.

The story, unfortunately, is probably a myth. But the power of myth is not that it actually happened. It is true in other senses. Good myth teaches us powerful life lessons. God myth is suitable, in the word of the Apostle Paul, for “teaching, for reproof, for correction, and for training in right living.” i don’t have to believe in a historical Icarus to learn that flying too close to the sun is dangerous.

As a pastor, I know that I have to be thinking about how our church is going to survive five, ten, twenty years after I am gone. Current trends do not offer much hope (although our church is currently bucking current trends).  Part of what I do as a pastor is to assure, as much as I can, a solid future for our congregation. Part of what is do is to plant seeds that may not be harvested until much later, when they are mature, and useful. Part of what I do is to remind us of our past, and the resources we have there, as well as our future, and how we must prepare for it.

I am but a blip in the history of the congregation I serve. (We just celebrated our 133rd anniversary.) If I am remembered 133 years from now, I hope it is because I planted seeds which were able to come to fruition years after I was gone.

Oh, and while we are at it, why not manage our planet this way?

I am the pastor at the First Presbyterian Church in Medford, Oregon. I believe that faith should be able to sustain us, not oppress us.
View all posts by tmrichmond3 →
This entry was posted in Church, Church Growth, Intelligence, Mission, Parable, Presbyterian, spirituality and tagged Beams of New Oxford Hall, Church trends, Gregory Bateson, Planning, Stewart Brand, survival, sustainable future. Bookmark the permalink.