How to Really Relax 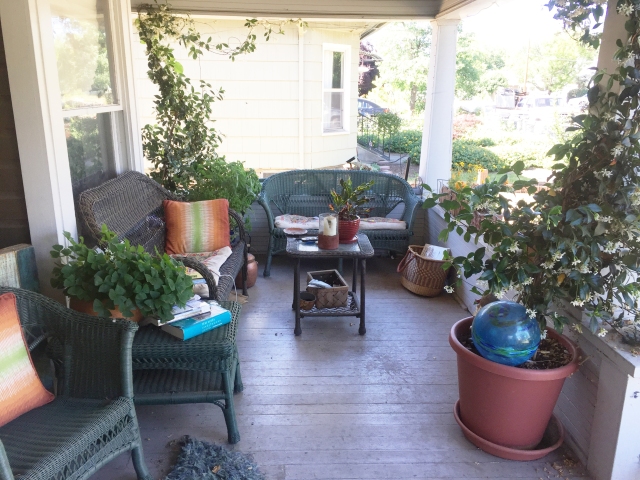 For years I have bemoaned the passing of front porches, although until now I have never lived in a house that had a front porch of any real substance. The idea of porch sitting on a lazy, warm Saturday afternoon, or after dinner on a weeknight, shooting the breeze with my wife, drinking sweet tea or or a T&T, waving at passing neighbors, smelling the night air, and hearing the sounds of a neighborhood has been an enduring fantasy with me ever since I saw “The Man in a Hurry” episode on the old Andy Griffith show. 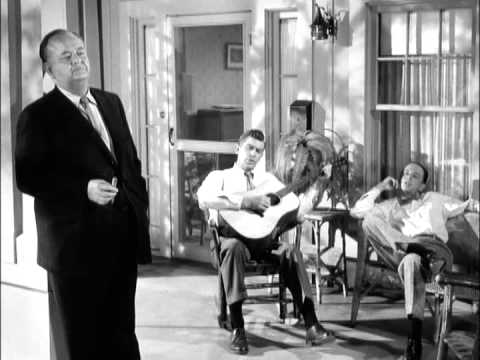 I spent a few summers working at a church camp that was anchored by a huge old Southern beach house complete with two-story, white columns, and a wrap around porch that was larger than most houses I have either rented or owned. But it was set far off the road, the porch faced the ocean, and the only “neighbors” who might drop by were either pre-teen campers or twenty-something counselors escaping from pre-teen campers.

But as I write this I am sitting on my front porch on the west side of Medford, Oregon, about two blocks from downtown. And it is grand. The house is a two-story 1910 craftsman, with a very small front yard, and a very large front porch. It has four obelisk style white columns which are being slowly decorated by our newly planted jasmine vines which are slowly winding around them, a two-foot high pony wall with potted plants sitting on the ledges, and usually an Irish Wolfhound and dog of mixed ancestry sleeping on it.

Starting in April the Redhead and I practically live on the porch. Usually she wraps up her work (she designs and sews clergy stoles) around 4:30, and when I get home, sometime between 5 and 6, she has a T&T waiting for me. We sit and talk, usually about the days events, issues at the church I serve, or just solving all the world’s problems. We watch the parade of people who amble down the sidewalk in front of our house, and some stop to talk. We try to corral our dogs when the go barking after the canines on the other side of the fence. I might have a cigar or two. Those evenings are slow and relaxing. In the morning it is our coffee nook, sipping the caffeinated deliciousness and smelling the waft of jasmine in the cool humid air of the somewhat early hours of the day.

I have a little table where I can write, and the parts of my sermons are written here (as is this piece).

It is everything I thought a front porch should be.

Our part of King Street is fairly cramped neighborhood. The space between the houses range from ten to two feet, and there is a constant parade of people walking on the sidewalks in front of the house, pushing strollers and/or walking dogs. Some we have gotten to know well, and they stop by a chat for a spell, some we are getting to know, and others just give us a friendly wave and continue their walks. Music from the neighbor’ houses and yards floats onto our porch, which is mostly fine, except when the guy across the street play his death metal while cooking out. I can’t complain because my music drifts over his yard a lot. (Right now my neighbors are being treated to Canned Heat’s Woodstock Boogie.

We hear and see kids playing in their yards, and neighbors doing yard work. Dogs bark as other dogs parade by the houses, and often the dogs that are barking are ours. Many of our neighbors garden and we trade gardening tips, seeds, starts, herbs, strawberries, and when the tomatoes start to ripen I’m sure they will be passed around. When I smoke meat in our front yard, I compensate the neighbors for the smell of smoke and slow-cooked pig by passing along the extra barbecue. This being Oregon at least one of our neighbors grows pot, and we were offered a baggie as a housewarming gift soon after we moved in. (I’m pretty sure that word had not yet gotten around that I was a pastor.) Neighbors come over to borrow tools and to help with yard and house projects.

It’s not all idyllic. Occasionally the angry strains of domestic arguments spill into yards, and we learn more about the our neighbors than we want. Two houses on our block are probably drug houses, and we have had to call the police more than once when the meth addict down the street came home to steal stuff from the person she used to live with and he didn’t take too kindly to her presence and the shouting match threatened to turn into violence.

But there is life here, and on our front porch we have a front row seat to our community. Maybe we just lucked into a great neighborhood. Maybe, because we are so tightly packed here, we just know that life will be much more pleasant if we all get along. I’m sure some of our neighbors voted for Trump, and some belong to churches that are more conservative than mine. But we don’t talk about such things. We are neighbors first.

After we have had enough relaxing, we go in and watch the news. These days it is mostly talking heads attacking other talking heads, interrupting, name calling, and insulting each other. I think to myself, they would probably like their jobs a lot better if they could talk on a front porch.

I am the pastor at the First Presbyterian Church in Medford, Oregon. I believe that faith should be able to sustain us, not oppress us.
View all posts by tmrichmond3 →
This entry was posted in Musings and tagged Community, Front Porch, Relaxing. Bookmark the permalink.