The Many Faces of Jesus 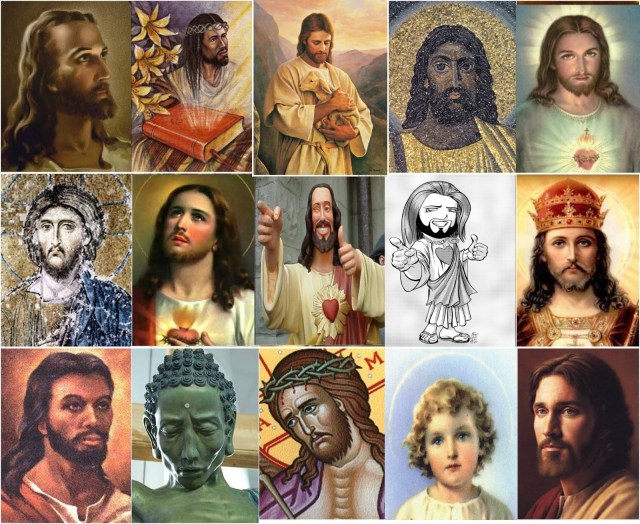 For the last few weeks the Gospel lessons have all come from the Sermon on the Mount. These three chapters embody more than almost any other passages of Scripture the teachings of Jesus Christ. And for many people these teachings tell us what we need to do to be really good people. What is important about the sermon on the mount, for many people, is not that they came from Jesus, but what they say—love your enemies, don’t judge other people, don’t retaliate out of anger. A Buddhist monk who had never heard of Jesus was shown the sermon on the mount, and he said, “The man who said these things is truly enlightened.” Gandhi based much of political philosophy on the Sermon on the Mount, as did Martin Luther King, Jr.

Today’s text is much different. It is not about what Jesus said, but more about who Jesus was. The previous few weeks we have looked at social ethics according to Jesus. This week we are shown in theological terms who Jesus was. The last few weeks it did not matter what you believe about Jesus; it was about how you feel you should treat your fellow human beings. This week we are shown something extraordinary about Jesus. It is as if his humanity were stripped away and we are seeing him as he is, as the Son of God.

Now if this congregation is in any way an average congregation, there are some of you who really enjoyed the last few weeks. You love hearing about what Jesus teaches, and you really take that heart. But there are some of you here that might have been wondering, “What’s with all the social ethics stuff? I want to hear about Jesus, the Son of God.” And you will feel more drawn to today’s text.

The fact is, when I say the word, Jesus, each of you has a little different conception of what that means. For some of you Jesus was the teacher of social reform. For some he was a wild-eyed prophet who took on the powers that be, and was killed for it. For some he was God Incarnate, God’s only begotten Son.

Ten years ago, when the movie The Passion of the Christ came out, I gave it a mediocre review in the Fairbanks Newspaper. I thought it overplayed the violence of Jesus’ last hours. After all the Gospels only say that Pilate handed Jesus over to be flogged, and then he was crucified. None of the Gospel writers emphasize the physical agony of Jesus the way Mel Gibson did in that movie.

Much to my surprise, many people were hurt, or angry at what I said. One person even went as far to say that I had taken Jesus from her.

What I didn’t realize when I wrote that review is that there are a lot of people who identify Jesus’ love for them with the sufferings he went through before and during the crucifixion. For them, the greater that agony of Jesus, the more he proved he loves us.

Church historian Jaroslav Pelikan wrote a book called Jesus through the Centuries, where he recounts 18 different ways people have conceptualized Jesus over the 2000 years since his birth.

In today’s story, the transfiguration, I think that what happens is that a veil is lifted from the earthly Jesus, and Peter, James and John see Jesus in all his glory, all his humanity, all his divinity.

They saw it all.

They saw Jesus in all the possible ways you can see Jesus, and it is so much that in the end, they can only describe it as a white light.

There is an analogy to this in science of course—light. The light that we see is composed of all the colors in the light spectrum. If I had a prism, I could shine light through it and it would separate all the colors, but without a prism, all the colors are essentially clear to us. I look at you through the light of the sanctuary and I don’t see the reds, the blues, the violets, the yellows. I see through all that.

I think that at the transfiguration, Peter, James and John saw all the different conceptions of Jesus in One, and in seeing that, they had no way to parse them all out. So they just saw a bright, white light.

We cannot all the aspects of Jesus at one time, and even if we could be taken, like Peter, James and John to the Mount of Transfiguration, and even if the totally of who Jesus was could be revealed to us, we still would have a hard time seeing who Jesus really was.  We just are not hardwired in such a way as to be able to do that.

And so we see Jesus in parts. And we gravitate to the parts of Jesus that speak to us that touch us where we need to be touched, that reveal the portion of God that we can best see, or that we want to see.

But not matter how large your conception of Jesus is, it is important to remember that his larger than that.

Jesus is the King of Kings, the one of whom Mary said,

the Mighty One has done great things for me,
and holy is his name.
50 His mercy is for those who fear him
from generation to generation.
51 He has shown strength with his arm;
he has scattered the proud in the thoughts of their hearts.
52 He has brought down the powerful from their thrones,
and lifted up the lowly;

He is the one who taught about the Kingdom of God, and tried to tell us what it would be like to be his subjects in a Kingdom of love.

For people who see the political turmoil all around, and who want the assurance that God has not lost control of the world, Jesus is the King of Kings, who provides the stability needed for life, as well as the one who does and who will mete out eternal justice.

He is the true image of God, the one of whom the Nicene Creed says,

the only-begotten Son of God,

Begotten of his Father before all worlds,

God of God, Light of Light,

Being of one substance with the Father,

By whom all things were made;

For those who feel that God is an abstract concept, a force that we cannot really identify with, Jesus brings God down to our level. He embodies the Almighty, the creator of Heaven and earth, and he shows us, in life character, his ministry, and his life, who and what God is and is all about.

He is the Christ crucified, the one who came to suffer, the man who sweated blood in the garden, who cried over Jerusalem, who was beaten, mocked, tortured, and finally executed in one of the cruelest forms of execution known to human beings. He is one who, in the words of Philippians 2:

did not regard equality with God
as something to be exploited,
7 but emptied himself,
taking the form of a slave,
being born in human likeness.
And being found in human form,
8     he humbled himself
and became obedient to the point of death—
even death on a cross.

He is the beloved Bridegroom of the soul, who loves his church and his people as much as any two lovers desire each other. He desires complete union with his followers, and dwells in them in a mystical way, merging his life and love with our lives and our love for him.

He is the resurrected Christ, who overcame sin and death, and who leads us to eternal life after death as well as abundant life on this side of the grave.

He is all this and more.

He is Jesus Christ, our lord and our savior.

1Six days later, Jesus took with him Peter and James and his brother John and led them up a high mountain, by themselves. 2And he was transfigured before them, and his face shone like the sun, and his clothes became dazzling white. 3Suddenly there appeared to them Moses and Elijah, talking with him. 4Then Peter said to Jesus, “Lord, it is good for us to be here; if you wish, I will make three dwellings here, one for you, one for Moses, and one for Elijah.” 5While he was still speaking, suddenly a bright cloud overshadowed them, and from the cloud a voice said, “This is my Son, the Beloved; with him I am well pleased; listen to him!” 6When the disciples heard this, they fell to the ground and were overcome by fear. 7But Jesus came and touched them, saying, “Get up and do not be afraid.” 8And when they looked up, they saw no one except Jesus himself alone.

9As they were coming down the mountain, Jesus ordered them, “Tell no one about the vision until after the Son of Man has been raised from the dead.”