For the Forgiveness of Sin 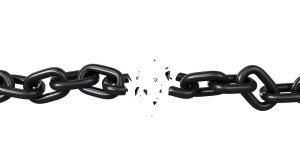 Jesus himself stood among them and said to them, “Peace be with you.” They were startled and terrified, and thought that they were seeing a ghost. He said to them, “Why are you frightened, and why do doubts arise in your hearts? Look at my hands and my feet; see that it is I myself. Touch me and see; for a ghost does not have flesh and bones as you see that I have.” And when he had said this, he showed them his hands and his feet. While in their joy they were disbelieving and still wondering, he said to them, “Have you anything here to eat?” They gave him a piece of broiled fish, and he took it and ate in their presence.
Then he said to them, “These are my words that I spoke to you while I was still with you — that everything written about me in the law of Moses, the prophets, and the psalms must be fulfilled.” Then he opened their minds to understand the scriptures, and he said to them, “Thus it is written, that the Messiah is to suffer and to rise from the dead on the third day, and that repentance and forgiveness of sins is to be proclaimed in his name to all nations, beginning from Jerusalem. You are witnesses of these things.”

Matthew and Mark don’t tell us much about what happens after the resurrection, but Luke and John have a couple of really interesting stories, and today’s text is one of them. This is the first time in Luke that Jesus appears to the disciples. They are in the Upper Room, and they are afraid and hiding. They are afraid that someone might be coming after them. They are afraid of who they are and what they did—they all abandoned Jesus. They are afraid because they heard he is back, and they are wondering a) if that could possibly be true, and b) if it is, how is he going to respond to them?
And suddenly Jesus is there in their midst. And it starts to get really freaky. He shows up, and they look like they have seen a ghost…and Jesus notices that. “Hey guys, it’s me! Jesus! You think I’m a ghost. No really, come here. Touch me! Come on, reach your hands out. Here watch, I can put my finger through the hole in my palm!”
And then he really freaks them out…”Hey, is that fish? Mind if I have some?” and he takes a piece of fish and eats it.
And then he gets down to business. “Ok, guys. This is why I am here. Actually this is the why I came in the first place.” And he starts teaching them, first about how it was all a part of God’s plan, but then, then Jesus hits them with the kicker—“…repentance and forgiveness of sins is to be proclaimed in his name to all nations, beginning from Jerusalem.”

Those are two words we don’t use very often any more—repentance and sin. There are a variety of reasons why these words have fallen out of fashion, but I think it is safe to say that these words are not as meaning for Christians as they might have once been, and even less meaningful for non-Churched people.

One of the most interesting things I do is to come up with the Confession of Sin every week. When I was an intern, I was asked to start writing them for the church was serving, and I asked the pastor how to write them. “Just make sure they are actually confessing sin,” he said. “It is not designed to make them feel good. And don’t have them confessing things that aren’t sins.”

I have been able to visit many churches in my time and I noticed a pattern when it comes to the confession in churches. Most churches tend to confess other people’s sin, not their own. For example a church that is active in feeding the hungry and other aspects of social mission might confess something along the lines of, “Lord, forgive us for ignoring the poor among us.” One the other hand, in churches that are more interested in things like evangelism, they are more likely to confess something like, “Lord, forgive us for not sharing the Good News with our neighbors.”
It is almost like you can tell what a church is really good at doing, because that is what they will confess they are not doing enough of.

The fact is, we don’t like to admit being wrong. Look at some of the public apologies you hear:
“I’m sorry if you took offense at what I said.”
“I deeply regret what happened.”
“If you think I did something wrong, then I am sorry.”
“I’m apologizing for the conduct that it was alleged that I did, and I say I am sorry.”
“Mistakes were made.”
“There are times that I have fallen short of my own standards. There’s certainly times when I’ve fallen short of God’s standards and my neighbors’ standards. But I think my job is to try to do for my country – and on a very personal level for my children and for my grandchildren and for their future – to try to do everything I can to be a servant in helping this country … I hope that people will see me in that context.”
Where is the “Boy I messed and I am sorry I messed up” apology?”
Occasionally we hear it, but very occasionally.
We don’t like to admit that we have done wrong.
Even to God sometimes. So it is no surprise that when we talk about repentance or forgiveness of sin, we sometimes get a little squirrelly about it.
But in the First letter of John we read, “If we say that we have no sin, we deceive ourselves, and the truth is not in us.”
Now I think part of the problem we have is that we have a view of sin that is too small. Most people think of sin as the things they have done wrong, so during the confession of sin, they might think about whether or not they got angry at someone this week, if they said something they should not have said, if they had bad thoughts, if they might have cheated on their taxes. I am assuming most of you got through the week without killing anyone.

But the notion of sin is bigger than that. And remember humans have an incredible ability to justify their actions, even when they seem clearly wrong to others. So is there a relationship in your life that is troubled. Is there someone who is having some problems with you? In Matthew, Jesus says if a brother or sister has something against YOU then it is up to you to try to go fix it. Don’t wait for them to take the initiative.

But the notion of sin is even bigger than that. Let’s look at the story of the destruction of Sodom. If you remember that story, a group of angels disguised as people come visiting a man named Lot who lived in Sodom. Word got out, and group of people from the town came over to Lot’s house to rape these visitors. And God ends up destroying the town.
Why did God destroy the whole town? Not everyone was a part of the group who wanted to rape the angels. Why did everyone die?

Because they were part of a system where that kind of thing could happen. And they did not do anything to stop it. I remember growing up in a small town in the South, and seeing how black people were treated. They were treated that way because many good white people let it happen. Now I was also able to see what can happen when those good people, black and white, begin to stand up and say, “This is not right!” But it’s not like everyone in the South was a bad person before the civil rights movement. There were many good people who lived in the South, many Atticus Finches. They just didn’t speak up. They were part of a sinful system, and by remaining silent, they were complicit.

All of sudden we see that sin is a lot bigger category. But so does grace. I am not increasing the scope of sin so that you will feel worse about your life, but so that you will understand how great God’s grace is really is. You, and everyone sitting in here, is forgiven for the sins we confess.

Now is when we bring in the need for repentance, another word that is hard for us, possibly because we think too small when we think of it. The point about talking about sin is not to make you feel guilty. Gee, thanks for reminding me that the blue jeans I wear on Saturday might be the product of an injustice against a ten-year old boy, the coffee I drink might keep others from having food on their table. Now I can’t even enjoy my coffee anymore.

That’s not the point. Now in my time I have met a lot of people who enjoy making other people feel guilty, and at times I have been guilty of that very thing myself. It’s a complicated world out there, and we are all interconnected and sometimes the connections end up benefiting one group of people at the expense of another. We can either shrug our shoulders and ignore it, feel guilty about it, and just confess it every week, or seek repentance.
But we have to understand that repentance is not just saying “I’m sorry,” week after week after week. It is bigger than that. Repentance means change.

But when it comes to the bigger sins, we need to take bigger actions, and we need to do it corporately. For example, I might realize that there are food inequalities in the world. And there are. Now I can respond to that by just buying natural foods, or by not eating certain things, or by boycotting some companies, but that only goes so far. I boyucotted Nestles for years because they market infant formula to women who don’t have access to clean drinking water, who end up giving their kids dysentery by feeding them that formula. Well, that helped me feel better, but I am not sure how much it really changed.

On the other hand, if you realize there is food inequity, you can help out at a food bank. I don’t know how the food bank got started here. I bet that is an interesting story, though, and at some level I bet it is an attempt to right some wrongs in the ways we do distribute food in the world today. Our food bank is a sign and work of repentance. And remember Jesus said, “…repentance and forgiveness of sins is to be proclaimed in his name to all nations.”

We can’t fix all the problems in the world. As a matter of fact, I am not sure some of the problems can be fixed, but we can help right some wrongs. We can repent, if you will, by making changes where we can. We will take up the noisy offering this morning, and the money from that will go to help people, either here in Medford, or somewhere else in the world. We work with the food bank. We can make changes in our lives, and changes in the world—if only small changes.
This is the good news—Repent! And help change the world.