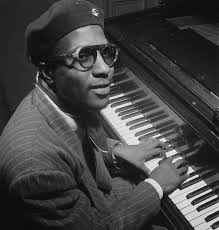 The great jazz musician Thelonious Monk once told one of his sidemen, “You’re making all the wrong mistakes!”

I have made my share of wrong mistakes. When I was a rookie pastor, I told a parishioner that I had done something, when I really hadn’t done it. I was going to do it. I had every intention of doing it, and doing it quickly. But in the rush of all things I had to do, this fell between the cracks. The fact that I hadn’t done it was not an issue. The fact that I lied when I said I had done it was. It became a big issue. That parishioner never really trusted me again. Call it a life lesson, but it was a very expensive life lesson.

What are the right mistakes?

I helped one of the street people who hangs out around our church into rehab. While he was there, I visited him every Sunday. When he had passes, I drove him around to run errands. I, and several other people in our church, worked on getting him housing, so he would not have to go back his old life on the streets. We invested a lot of time and energy into him.

He relapsed the very night he graduated from rehab.

He still comes by the church, and I always welcomed him, but I was hurt by the process. You might say it was a mistake to invest so much time and energy into someone who a) had a slim chance of making it, and b) could do nothing to return my investment. If it was, it was the right kind of mistake to make. In the mid-1990s I was offered the opportunity to leave my home state of North Carolina, where I grew up, went to seminary, and pastored two churches, the unknown wilds of Fairbanks, Alaska. Leaving my friends and relatives would be hard. There was the lingering question in the back of my head–what if this was a big mistake? What if I got to Alaska, and hated it?

In the end I decided to move from the Old North State to the North Star State. I figured I would rather do it, and have it fail miserably than spend the rest of my life wondering what my life might have been like if I had not taken the risk. (As it turned it, it was not a mistake, but hindsight is always 20/20.)

Taking risks that enhance our faith are the right mistakes. Peter getting out of the boat to walk on the Sea of Galilee was the right mistake. Sure, he freaked out and started to sink, but what if he had just stayed in the boat?

Too often our churches make the wrong mistakes. We withhold caring, in case our caring might be wasted. We avoid risks, in case the risk does not work out. We hold our cards too close to the vest when we should be open and transparent, and get all transparent about things we should keep under wraps. We brag about the wrong things (size and economic status) and downplay or ignore the things that really count (the number of people are care for). I have made all these wrong mistakes in my time.

I am the pastor at the First Presbyterian Church in Medford, Oregon. I believe that faith should be able to sustain us, not oppress us.
View all posts by tmrichmond3 →
This entry was posted in Church, Compassion, Jazz, ministry, Mission, Musings, Pastoral Ministry, Social Ministry, spirituality, Thelonious Monk and tagged church, Jazz, ministry, Thelonious Monk. Bookmark the permalink.